Pale ales are easily one of the most popular and common styles of ale produced by craft breweries all over the world.

Irrespective of the particular sub-style considered, they're typically known for their moderate amounts of hoppy fruit flavour and bitterness, both of which tend to linger for a short time after consuming, light to sometimes moderate malt profile, and moderate levels of alcohol.

In the world of pale ales, the most famous sub-styles that exist are:

Although all of these sub-styles are quite similar in their flavour profiles and brewing methods, some subtle differences do emerge, making it possible to distinguish between them.

For more on the technicalities of this style as a whole, consider this useful guide. 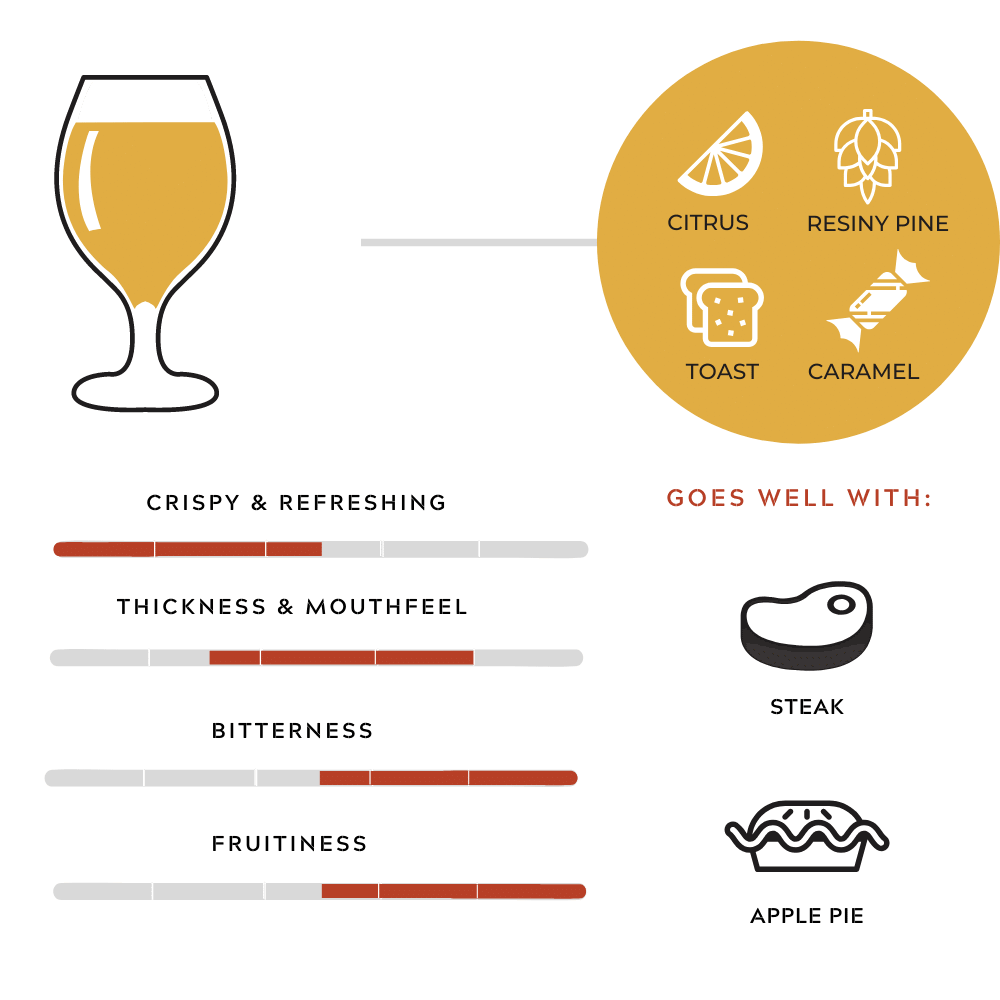 Brewers of American pale ales utilise American hops to influence the flavour profile of their beers, often resulting in pale ales with moderate to high levels of hoppy bitterness and fruitiness that balances with the low to only moderate levels of malt character, which imparts subtle hints of toast and caramel flavour.

These beers will almost always present as medium in their body and possessing of distinct amounts of citrus fruit and fresh pine flavours and aromas from the American hops used.

The fondness of American brewers for accentuating the hop over the malt profile results in pale ales that are typically best paired with juicy steaks or other roasted or grilled meat dishes, beef burgers, or if looking to pair with desserts, apple pie.

English pale ales, more commonly referred to as “extra special bitters” or just “English bitters” due to their moderate to somtimes high levels of bitterness, are known for being medium-bodied beers with earthy and herbal hop flavours.

Perhaps the most crucial ingredient in many of these styles of beer is the mineral rich water used by many of its brewers, which accentuates the bitterness of the style and serves to increase the clarity of the resulting beer.

Another major point of difference between English pale ales and others from America, for instance, is the styles often moderate to high malt character, which imparts a noticeable sweetness that contrasts with the beers inherent hoppy bitterness.

When looking to pair these brews with food, they are often best matched with dishes that are higher in oil and fat, such as fish and chips, due to their cleansing effect on the palate, as well as other main course dishes, including shepherds pie, roast chicken, or even desserts, such as bread and butter pudding. 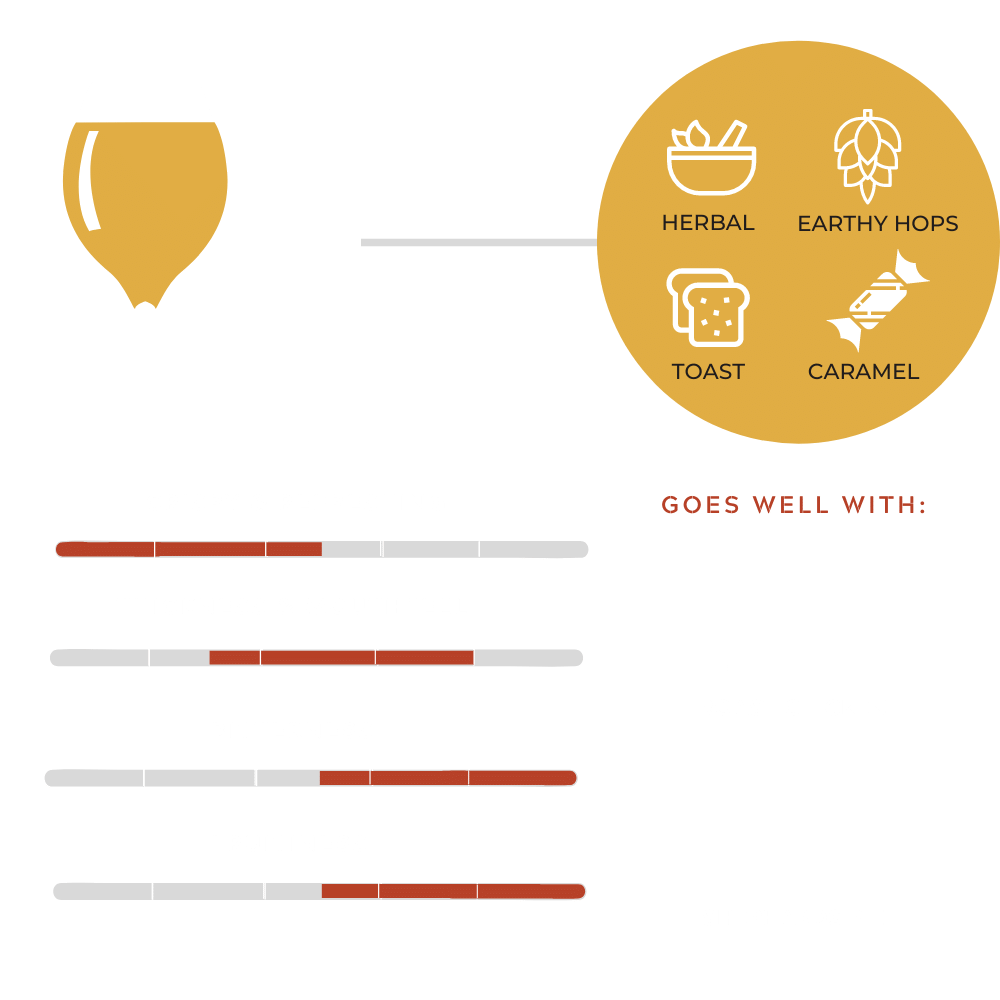 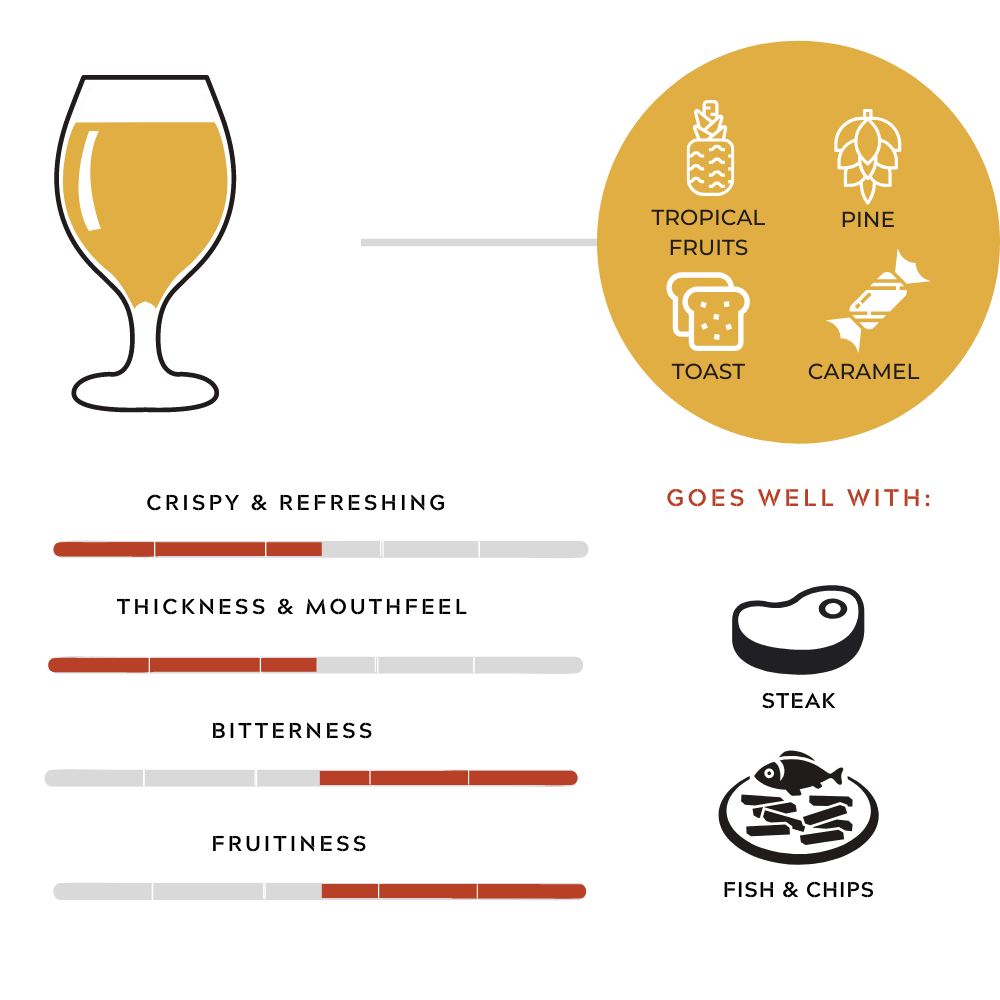 Australian pale ales, though not a globally recognised category of ale, are solidified in their place as an important sub-style here due to the tendency of Australian brewers to seek inspiration from other styles in crafting their brews, resulting in beers that are not so easily defined under one of the other sub-styles that already exist.

For a general guide on Australian pale ales, they are quite close to their American counterparts in that brewers of the style typically rely more strongly on the use of hops over malt, producing light to medium bodied beers that are moderate to high in both their hoppy bitterness and fruit characteristics.

Today, however, producers of Australian pale ales are fond of experimenting with new strains of hops grown right throughout the country and abroad, serving to add to the variety of fruit flavours and levels of bitterness that can be found in a specific example.

Because of the natural ability for Australian pale ales to act as cleansing agents, they can be paired wonderfully well with many types of fatty or oily foods, with some common examples often including steaks or other grilled meats, fish and chips, especially in the case of more citrus-forward pale ales, and chicken or beef burgers.

Belgian pale ales are often closely compared to British pale ales, with many brewers of the sub-style clearly exhibiting a preference for accentuating the malt profile of the beer over that of the hops.

The sub-style is most famous, however, for possessing a flavour profile that includes distinguishable notes of herbs and spices from the use of specialty hops, making it quite unique in the world of pale ales.

As a general rule, Belgian pale ales will also be light to medium in their body, light in their overall hop flavour and level of bitterness, and only moderate in their malt character, making them examples of highly sessionable and easy-drinking beers.

Due to the brews unique herbal and spice flavour characteristics, they are an excellent match with dishes that share many of the same types of flavour.

Keeping this in mind, common food pairing options include serving Belgian pale ales alongside portions of various roast meat dishes that have been seasoned in herbs or exotic spices, light fish dishes that are low in oils, and almost any kind of lamb dish. 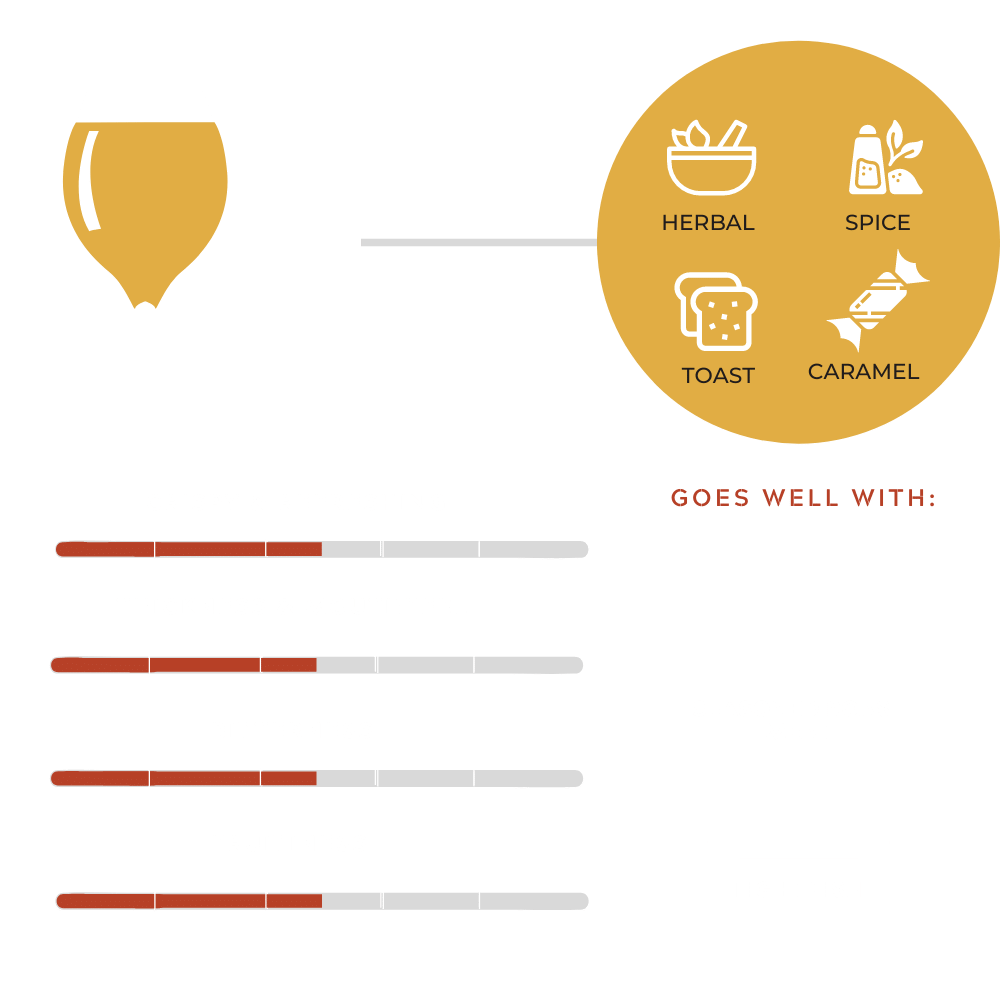 There's a pale ale out there for everyone. Here are some of the brands and bottles that we recommend you look out for the next time you're browsing online or in-store.

Moderately bitter & mildly fruity, this is one of the most popular pale ales in Australia, with flavours of piney hops & subtle herbs.

Pale Ale
More
Mildly bitter in taste & moderately fruity in flavour, this is a crisp & refreshing Australian pale ale that isn't too bitter. 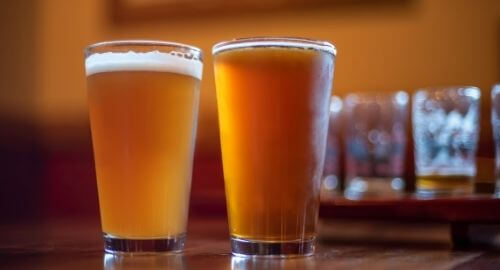 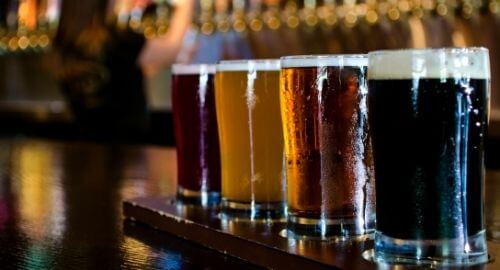 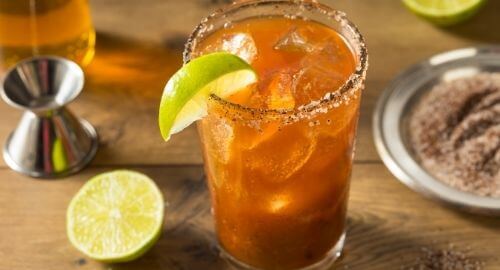