The Basics of Beer

Beer has existed for millennia as one of humankind's most endearingly popular alcoholic drinks of choice.

Although the beer available today would be very unfamiliar to those who brewed the first batches all those years ago, brewers and their breweries today are experimenting with new and innovative ways of expanding the horizons of beer through altering its ingredients, tastes, characteristics, and quality.

In our guide to the world of beer, we help you to understand all of the diverse types and styles of beer that exist throughout the world, including what makes them unique, and explore their respective flavour profiles and food pairing options.

To put it simply, beer is an alcoholic beverage created or brewed through the fermentation of grains, most commonly barley but also wheat, corn, maize, and corn, to name a few.

Without going too much into the intricacies of the brewing process, malted barley and other types of grain are taken through a complex process where crucial ingredients, such as water, yeast, and flavouring agents, in particular hops, are added together to create alcohol and carbonation.

Whilst the carbonation, or fizziness, found in beer is naturally imparted throughout the brewing process, in the case of many commercial brewing operations, natural carbonation is often removed completely or in part from the resulting beer product and replaced or topped up with forced carbonation in kegs or other devices, to ensure consistency across large batches.

The basic definition of beer explained, it’s important to note that whilst you may notice that beer can be labelled or distinguished by many different names or styles, almost every beer in the world can be broadly defined under just two main types: an ale or a lager.

Both of these types or categories possess their own unique set of differences that makes them distinct not only from each other but from any other type of alcoholic drink available.

Besides these two, some other specialty or hybrid types do exist, with these often being much rarer to find and difficult to regulate, making the world of beer practically limitless in terms of its potential tasting experiences.

Whilst ales exist as the oldest type of beer, and indeed one of the oldest types of alcoholic drink ever produced, lagers are by far the most widely brewed and consumed type of beer today, even though the type has existed for only several hundred years.

To make any beer, the yeast will eat the sugar contained in the wort, which is the byproduct of combining malted grains and water together, thus producing alcohol and carbonation, a process known as fermentation.

What makes ales so unique is that the fermentation process occurs at the top of the fermentation tank in warmer conditions and using special ale yeast strains, with the whole brewing process taking a relatively short period of time, often no more than four weeks.

For lagers, however, the fermentation process occurs at the bottom of the tank in cooler conditions and using special lager yeast strains, with the entire production process lasting for a longer period of time that often exceeds the four week mark. 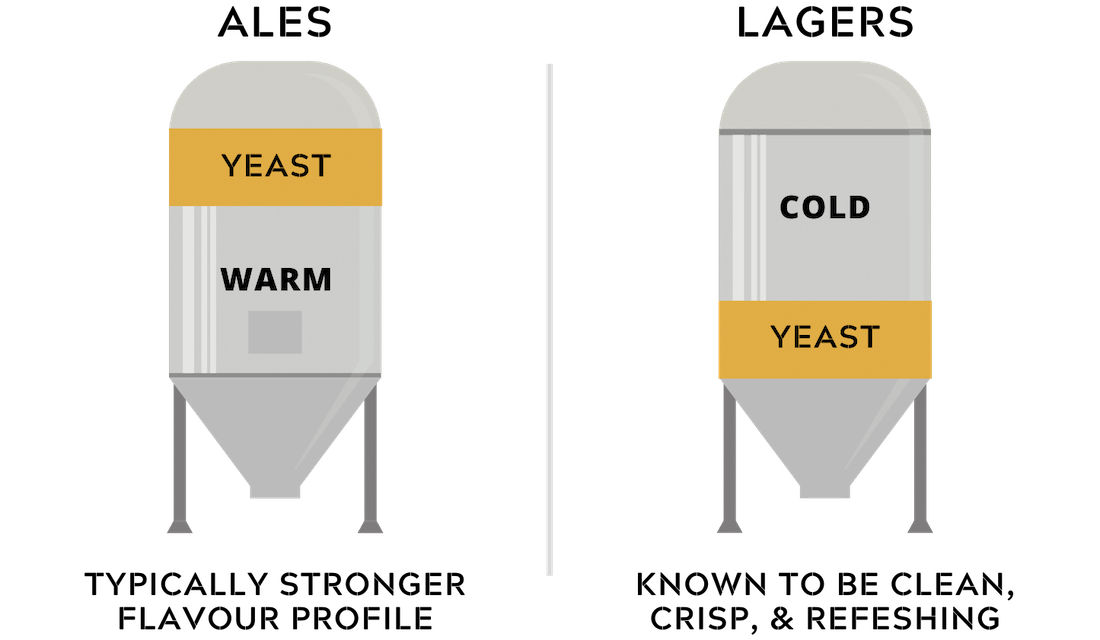 Outside of these differences in their production processes, ales are generally understood to have a far more diverse range of flavours and pronounced characters than is often found in lagers, which are typically sought after for their clean, crisp, and refreshing style.

There are exceptions to every rule, however, and in the world of beer that exists today, with so many craft and micro breweries, you will always find a new ale or lager to test your assumptions.

Although most beers fall nicely into one of the two dominant categories of an ale or lager, some take inspiration, brewing processes, and ingredients from both types, meaning that they do not meet the requirements to be called one of the previously mentioned.

In these cases, the resulting beer is grouped as being either a hybrid or specialty beer.

The most common way that a beer becomes classified as a specialty beer is through the brewer using uncommon or unusual adjuncts such as vegetables alongside the regular grain bill.

Hybrid beers, on the other hand, mostly come about due to the brewer taking brewing processes and elements from both ales and lagers and combining them together.

An example of this happens in kölsch beers, which use warm-fermenting ale yeasts alongside the cold conditioning employed in lagers.

With these dual categories of beer being so diverse, a new tasting experience beyond your normal expectations of beer is guaranteed.

How Do Different Grains Affect the Taste of Beer?

Considering that the many types of malted and unmalted grains that are used to produce beer typically form the backbone of its flavour, body, colour, and level of alcohol, it is crucial to understand how the various types will impact all of the previously mentioned attributes.

By far the most commonly used ingredient in any beer, outside of water, is malted barley, which is barley grain that has been allowed to germinate or sprout, with unmalted barley, otherwise known as green or un-sprouted barley, sometimes being used but in much smaller quantities.

The particular flavours imparted by malted barley can vary depending upon a number of factors, not the least of which is how long it has been roasted.

In general, malted barley is known to produce flavours that are reminiscent of sweet bread, caramel, toast, or coffee, with unmalted barley, on the other hand, providing a much grainier taste and hazier appearance to a beer that also serves to increase their overall body, making them feel heavier.

Similar to barley, unmalted or malted wheat grains can be used in the brewing process, although the malted kind is the type most often utilised.

Because wheat naturally contains more proteins than can be found in barley, it is able to produce beers with a distinctly silkier texture and mouthfeel as well as hazier appearance, unless filtered.

For an overall summary, the more commonly used malted wheat imparts a far more subtle flavour to beer, often being similar to soft bread or even a gentle tartness, whilst the unmalted kind adds a distinctly stronger wheat flavour to beer, also adding additional haziness and greater body.

Corn is often utilised in the brewing of beer as an adjunct, which is added alongside the base malt to lower costs, enhance flavour, or affect other characteristics.

In order to be usable, it must be boiled in hot water, causing the grain to break down, with only small amounts of corn being used in the grain bill as it has a limited ability to convert starch to sugar, which is necessary to create alcohol and carbonation.

Corn has a very limited impact on a beers flavour profile, with it instead often being incorporated in order to lighten the body and colour of beer and decrease its haziness although it can, when used in larger amounts, impart a neutral tasting corn sweetness that can make a beer feel smoother.

Just like barley and wheat, rye can be incorporated into the production of beer in either malted or unmalted form, although only a relatively small proportion of the grain bill is made up of rye as it is prone to clumping when used in large amounts.

As is the case when it is used in whiskey, rye imparts a distinctly dry and somewhat spicy character to a beer when it is utilised in the grain bill, often making a beer more crisp and complex.

Although both types of rye, malted and unmalted, are capable of producing the desired taste of spice and crispness to a beer, the unmalted kind produces a much sharper flavour that also serves to increase the body of a beer due to the greater concentration of proteins.

Similar to corn, rice is a form of unmalted grain that is often added into the grain bill in order to lessen the cost, lighten the colour or flavour, and decrease the overall body of a particular beer.

As rice does not contain sufficient properties to convert starch to sugars on its own, other components must be added to produce 100% rice malt beers.

When it is used alongside traditional malted barley or wheat, however, it is able to rely upon the plentiful amounts of protein found in these malted grains, with many American and Japanese lager brewers often using the grain to produce dryer and cleaner tasting beers that possess a snappier finish.

The brewer can utilise any number of the previously mentioned grain types in whichever proportion they like, making up what is called the grain bill.

Lightly roasted and coloured malted barley or wheat will always be the two grain types that form the highest proportion of the grain bill, the portion known as the base malt, with these grains being responsible for providing the majority of proteins and fermentable sugars to be utilised during the brewing process.

Secondary to the base malt, specialty malts, unmalted grains, or other adjuncts can be added, which are typically used to greatly affect the resulting colour, body, and flavour, of the resulting beer.

To learn more about how the grains used in beer, especially the different styles of malt, read this interesting article.

The Colour of Beer

When comparing any bottle, can, or glass serving of beer, the first noticeable point of difference will always be its colour, which can range from black, to brown, amber, or yellow, with additional variations also occurring in a beer's opacity or clarity.

Most of the appearance we see in beer will be influenced from one of the following two factors, including how long the malted barley, or other grain used in production, has been roasted for and how much, if at all, the beer has been filtered prior to bottling.

If the malt is roasted for longer, the resulting beer will be darker in colour than if it is roasted for a shorter period of time, where it will often come out much lighter.

In addition to this, the degree to which the beer is filtered, which is done post fermentation and just prior to bottling to remove any visible impurities or remaining organic materials, will affect whether it is hazier in appearance or more transparent.

This makes it important to always leave our perceptions of a beers taste to the sensations and qualities we experience when we drink it, rather than make a generalised and often incorrect assumption beforehand.

For an in-depth look into the science behind the colours found in beer, visit this site. 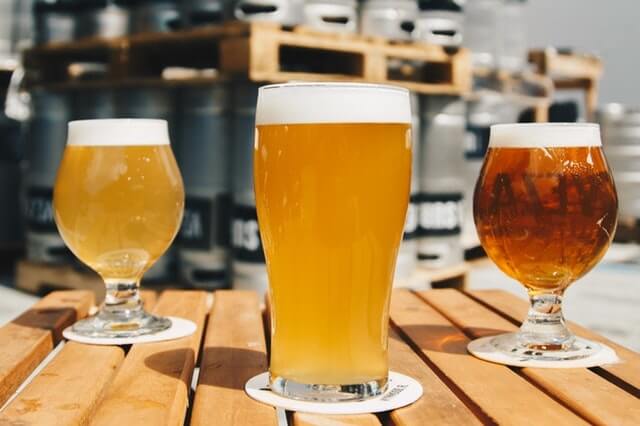 The differences between ales and lagers having been explained, it’s important to understand how bottles of all types of beer can be separated by their unique characteristics and flavour profiles. To learn more, follow through to our handy guide on the flavour profiles of beer, which will explain the quickest way to distinguish between beers of any type. 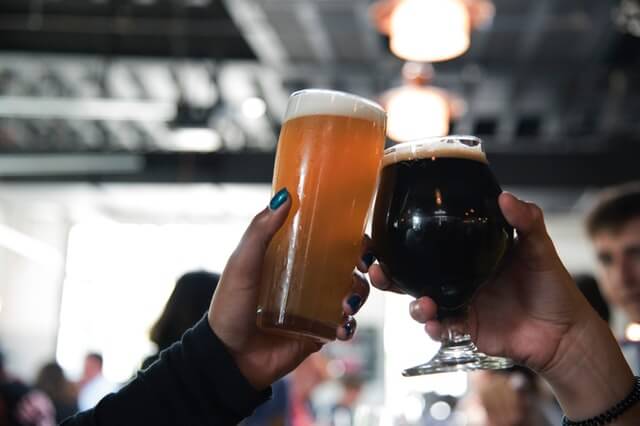 Existing as one of the most ancient types of alcoholic beverage ever, there are more styles of ale today than ever before, making this category of beer one of the most vibrant and exciting to explore. In our comprehensive guide to ales, we showcase the most prominent and popular styles that exist, including their respective flavour profiles and food pairing options. 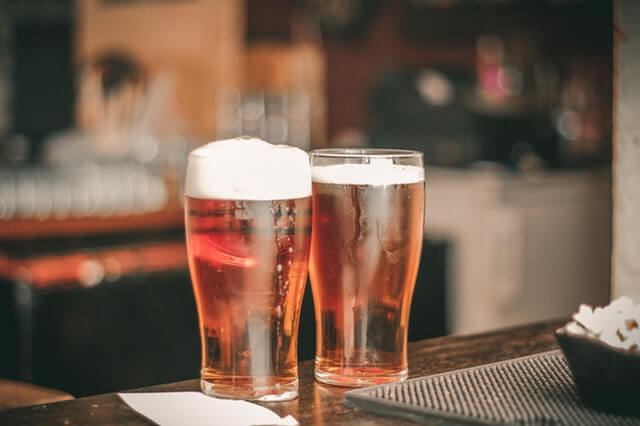 Often known for their clean, refreshing, and approachable taste, lagers are a relatively new entrant into the world of beer that sits at the top of worldwide production and consumption. In our complete guide to lagers, we explore many of the most renowned styles that exist today and their respective flavour profiles and food pairing options. 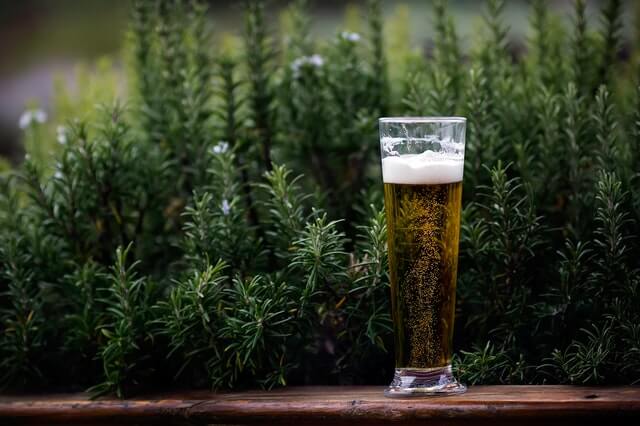 These beers are famous for straddling both the world of lagers and the world of ales in varying capacities, crafting new and unique types of beer. In order to understand some of the few key styles across the hybrid and specialty beer categories, including the flavour profiles and food pairing options for each, explore our complete guide on hybrid and specialty beers.