Possessing a long history that is shrowded in stories of piracy, slavery, and colonisation, rum is one of the oldest and most interesting of distilled spirits enjoyed by those who have a sweeter tooth or like drinks with a rich depth of flavour.

Before delving into the wonderful world of rum, let us first consider all that you need to know about this fascinating drop.

Rum is an alcoholic beverage created by distilling either sugar cane juice or molasses (a syrupy like product made by refining sugarcane into sugar) in a process that produces a clear, white liquid.

The resulting clear spirit can then either be bottled as is without ageing or with minimal ageing, producing familiar products such as the Bacardi Carta Blanca Superior White Rum, or it can be aged in wooden barrels for any number of years to create a darker, richer product like the incredibly flavoured Bundaberg Master Distillers Small Batch Vintage Barrel Rum.

Unlike whisky, rum has few laws regulating its production, creating a melting pot of diversity in flavour, colour, and production processes that means understanding this category can often appear very difficult.

How to Classify Rum

Lack of regulations aside, there are a number of simple classifications that can be placed upon the various styles of rum that exist which go a long way towards directing your drinking experience.

The simplest methods of classifying rum are achieved through consideration of its country of origin or its colour, further explored in this article and below.

Rum by Country of Origin

When looking at the country of origin, those prominently mentioned are the former colonies of Spain, England, and France.

Those nations from the former Spanish empire in the New World, including Cuba, Dominican Republic, Puerto Rico, and Panama are known for their lighter style rums that are usually left unaged or minimally so, producing rums with a gentle sweetness, crispier taste, and cleaner finish.

Countries that were once a part of the British empire, including Barbados, Bermuda, Jamaica, and Australia are famous for making rums that are darker and richer in flavour, typically as a result of them being aged for some time.

Finally, rums from the former French colonies of Haiti, Guadeloupe, and Martinique are far more distinct in their flavours due to the distillers commonly using sugar cane juice over molasses and ageing their products for an extended number of years.

When grouped together, the former colonies of each European nation have flavour profiles that are distinguishable from each other, making it possible to look at the country of origin when trying to figure out how the resulting rum will taste, explored further in this article also.

Turning to colour, rum is best separated upon whether its silver or white, golden, or dark or black, as each colour affects the flavours that can be expected to be found in each bottle.

Lighter coloured rum, by far the most readily available on the market, are sometimes bottled without being aged or minimally so, making them cheaper to produce and usually only used as cocktail bases rather than sipped on their own, although there are notable exceptions.

Golden rums, generally aged for a short to moderately long period of time, are still quite light in their taste and can sometimes be spiced, producing sweet flavours of cinnamon, caramel, and vanilla.

Finally, dark and black rums are typically dark brown to black in colour, sometimes due to their extensive ageing period but more often because of their heavy use of molasses or caramel during production, and are famous for containing incredibly rich flavours and depths of character. 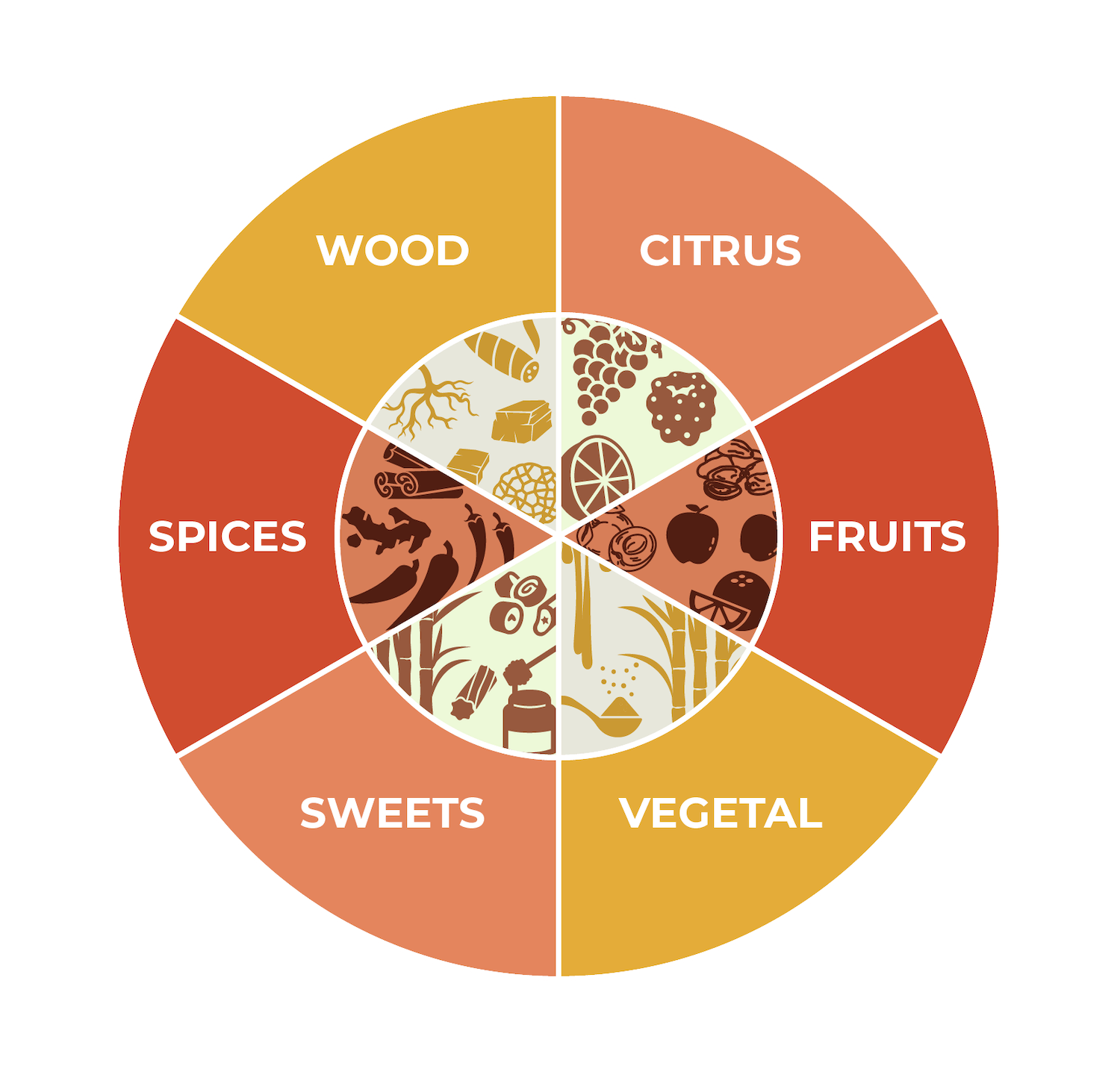 When looking to pick out some of the prominent flavours found in any bottle of rum consumed it is often best to select from one of the following categories or types found in this flavour wheel, including vegetal, sweets, citrus, fruits, spices, and wood.

For a description of these, consider below. 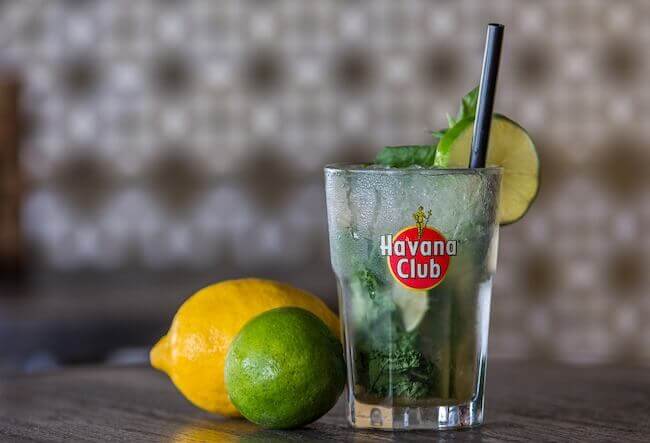 By far the most readily available and versatile style of rum on the market, white rums are commonly used in a number of popular cocktails. To find out how best to serve them and what food to match them with, be sure to consider our comprehensive guide to white rum. 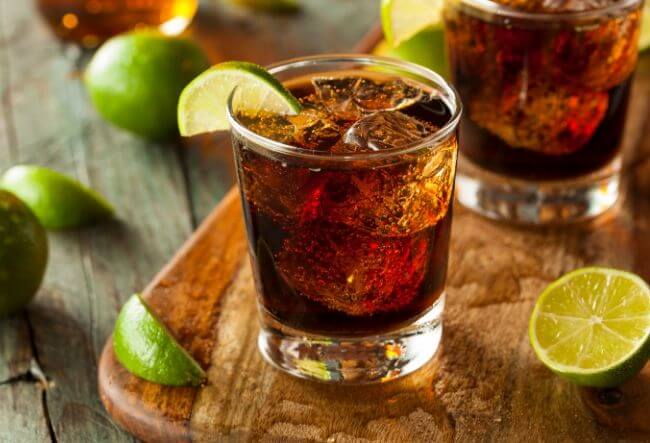 Golden rums, often sometimes sweetly spiced to add enticing complexity, is an enduring favourite of almost all bars and bottle shops. Discover more about how they’re best enjoyed and how to match them with food in our complete guide to golden and spiced rum. 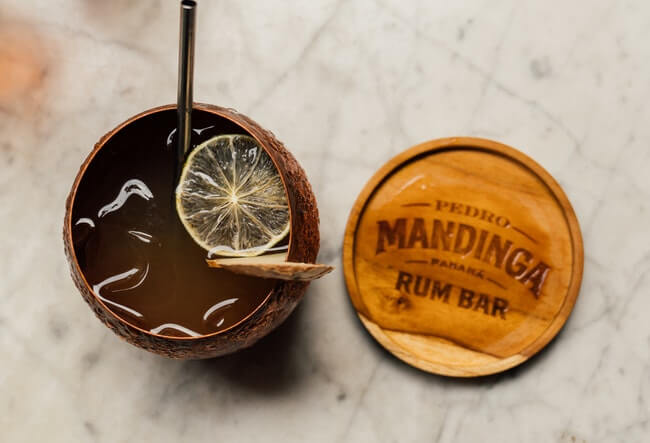 Often misunderstood for aged and far pricier rums, dark and black rum is a richly flavoured drinking experience. Although often enjoyable on their own, find out other ways of enjoying these rums and how to pair them with food in our guide to dark and black rum.