Famous for coming in both a sweet and dry style, riesling wines are a very old white wine varietal that has continued to hold fascination amongst many of the top wine connoisseurs and collectors around the globe, for good reason.

Aromatic by nature, these wines offer up intense perfumed aromas, lovely amounts of acidity, and strong sweet to dry fruit flavours depending upon where and how they’re produced.

This guide to riesling explores deep into how these wines taste, where they’re prominently produced, and how they’re best matched with food. To develop a quick understanding of some of this, see our handy graphic below.

Why is it Called Riesling?

The history of riesling wines and their grapes is an old one that extends all the way back to the 14th and 15th centuries in Germany.

Due to its ancient heritage, the exact reason behind the name for the grape varietal, though definitively German in origin, is not entirely clear, with there being a few possibilities.

The most likely cause for its name, however, extends from the German words “durchrieseln” or “verrieseln”, which translates to “trickle through” or “trickle”, a direct reference to the grapevines poor flowering ability in colder climates.

Naming aside, the grape varietal was and continues to be planted throughout many of the important wine-producing areas in Germany that dot the Rhine River, which cuts through the western territories of the country, and elsewhere.

Perhaps the most famous is the Rheingau region that sits in central-western Germany, somewhat near to the border with France and Belgium, which features the Rhine River on its southern border, although the Mosel region also competes for the top spot.

From its home in Germany, the grape varietal has spread to other prominent wine-producing regions, including those in France, Austria, Australia, and America, where it can be found in both a sweet as well as dry style.

For more on the early history of the grape and its development over time, read this article, which explores its origins in greater depth.

How do Riesling Wines Taste?

As discussed, rieslings can be found in either a sweet or dry fashion, with some countries and wine-producing regions typically following one of these two styles in greater volume.

Sweet rieslings are known to be more medium-bodied and richer in their style, with prominent fruit flavours of sweet pineapple, peach, pear, apple, and apricot shining through in abundance alongside subtle notes of honey and nectar.

Whilst they may possess a moderate to high amount of sweetness, these wines tend to be equally as high in their levels of acidity, keeping the wine refreshing and pleasant to drink.

Dry rieslings, on the other hand, are often considered more light to sometimes medium bodied in their style, with pronounced flavours of lemon and crisp apple and pear being present alongside a distinct mineral-like quality that is unique to some regions.

They still possess refreshingly moderate to high amounts of acidity, making dry rieslings exceptionally well-suited to drink when the weather is warmer.

Both styles of riesling, sweet or dry, are also known for their incredibly perfumed and aromatic character, with it often being easier to pick one in a blind tasting as a result.

Whilst the French might not be credited with being the first cultivators of the riesling grape varietal, it doesn’t mean that winemakers in that country haven’t been experimenting with this style of wine for centuries.

In fact, it didn’t take long for French winemakers to begin putting aside considerable tracts of their vineyards for the production of riesling wines.

This is no greater felt than in the Alsace region, which is located in eastern France right near to the border with Germany, where the best examples of French riesling originate today.

Due to its close proximity to Germany, this cool climate region has often traded hands between the various French and German governments throughout many historical European conflicts.

Whilst the region today lies firmly within France's borders, its local population shares many cultural similarities with those living just across the border, with this being expressed in the languages spoken by the local population, the architecture of the region, and, inevitably, the bottles of wine produced there. 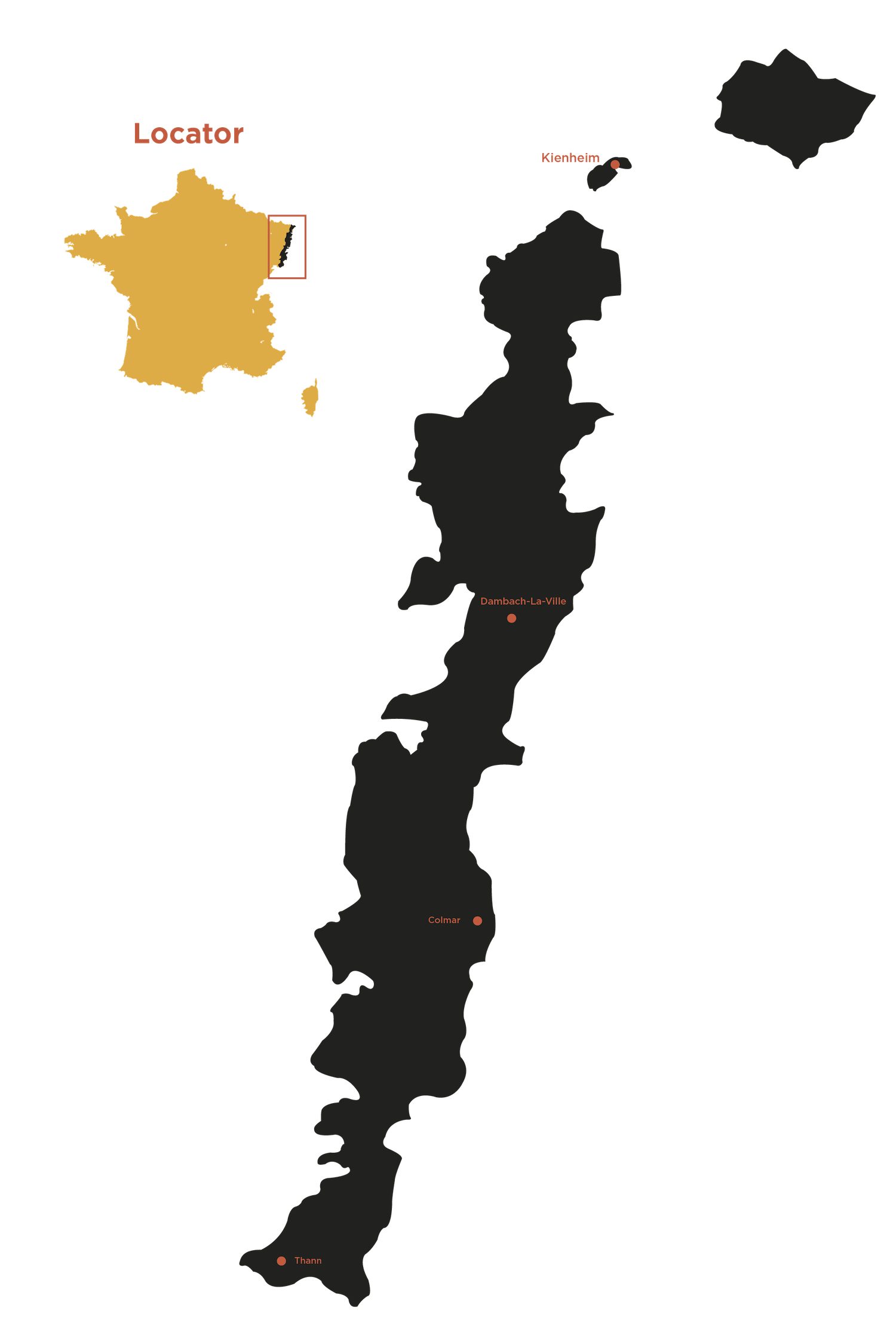 With German winemakers being more renowned for producing sweeter styles of riesling, their French counterparts in the Alsace region champion the cause for dry rieslings globally.

Keeping that in mind, one can expect most Alsatian rieslings to present with flavours of crisp apple or pear, lively lemon or lime, rocky mineral-like flavours, and even some subtle but sweet hints of honey, nectar, and spice, particularly in the more well-aged examples.

Combining these flavours into wines that often have moderate to high amounts of acidity and you have some of the most food friendly styles of white wine available.

For more on the taste of Alsatian riesling, be sure to visit this site, which explores the region in additional depth.

German winemakers in the Rheingau, Moel River, and Pfalz wine-producing regions have for centuries been producing exceptional examples of riesling that run the gamut of sweetness from delicately so to very sweet.

In the country, the grape varietal is also often picked late and utilised in the production of botrytised wines, which are a type of dessert wine that is incredibly sweet, rich, and full-bodied in its style.

Bottles of German riesling can be labelled with an extraordinarily long list of titles and distinctions, with each of these being responsible for designating varying levels of quality and sweetness.

For a quick summary of the most common labels, and their correlating levels of sweetness, see below. 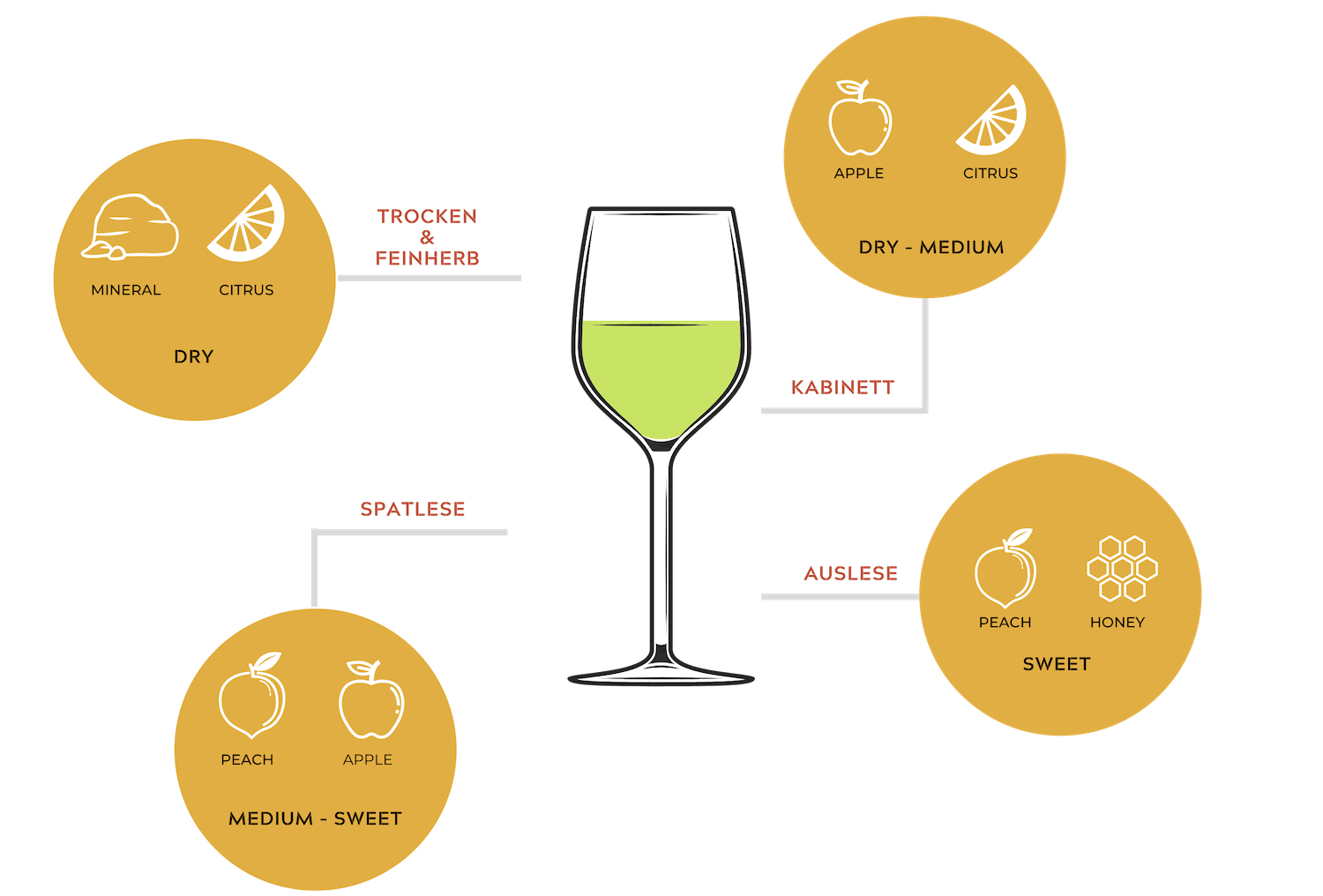 When looking into those rieslings from coming from Germany, it is often best to begin one's journey in the Rheingau region, as this is where many of the richest and full-bodied styles of quintessential German riesling originate.

Nestled close to the city of Frankfurt in central-western Germany, the winemakers in the Rheingau region have a deep-rooted history in producing wonderful bottles of riesling.

Existing in close proximity to some of the other prominent wine-producing regions in Germany, including the Moel River and Pfalz regions, Rheingau winemakers are credited with crafting bottles of German riesling that characterise the sweeter end of the spectrum, particularly botrytised dessert wine. 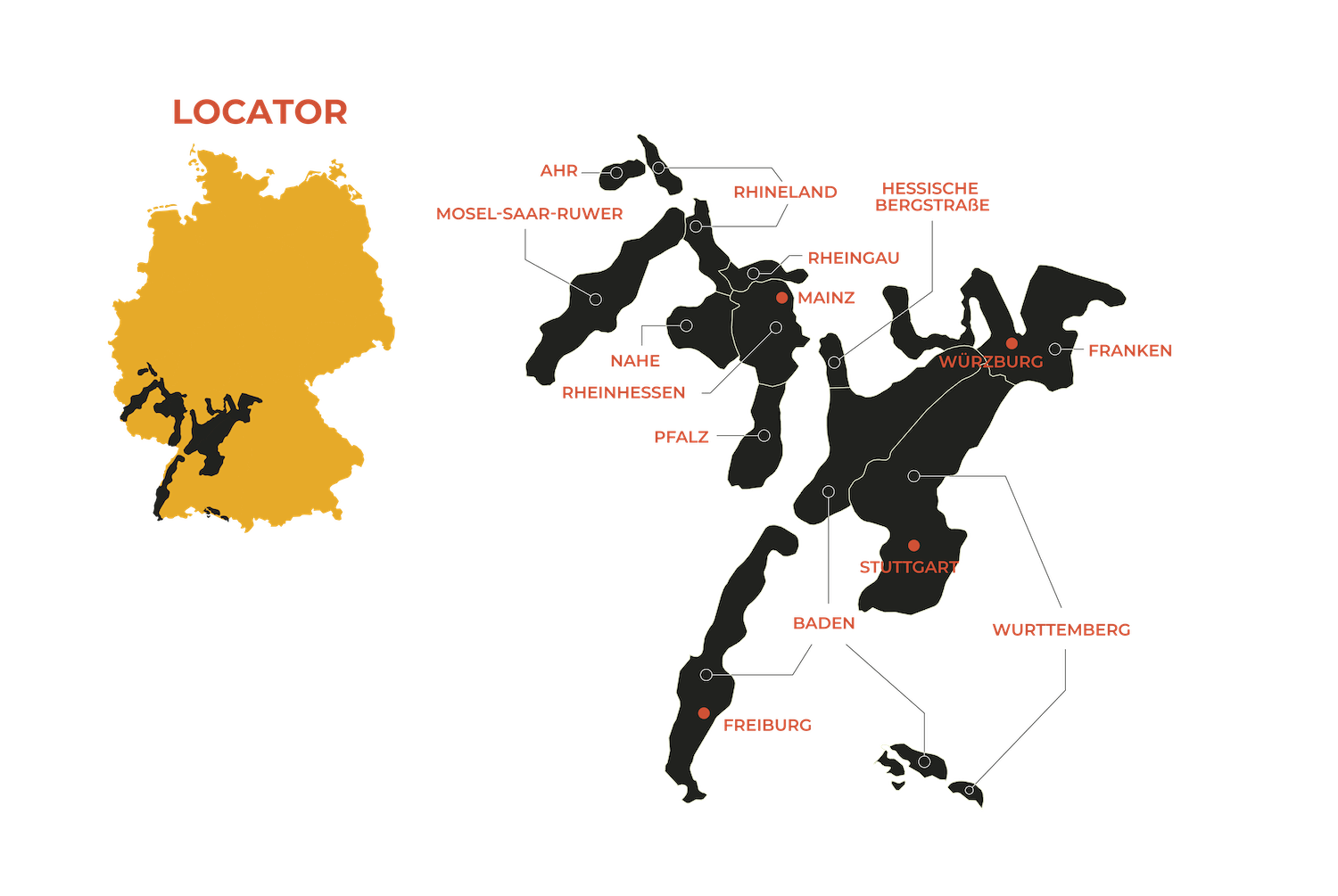 With that being said, many examples coming out of this region are medium to full bodied, with appropriately moderate to high amounts of acidity coming through to balance out the sugar.

The flavours found often include sweet pear, apple, honey, nectarine, and peach as well as subtle amounts of sweet spice.

Australia has been producing riesling-based wines since the early to mid 19th century, which is a rather long time when you consider the fact that British colonists didn’t arrive in the country until 1788.

Whilst the first examples of riesling grapes were planted in the state of NSW, it is in the two South Australian regions of Clare Valley and Eden Valley where the most widely revered examples of Australian riesling originate.

Generally speaking, Australian winemakers are described as being fond of producing very dry style rieslings, with an average bottle of Australian riesling often being drier than those coming even from the Alsace region in eastern France.

Flavourwise, bottles from Australia usually follow closely to other dry style rieslings, which means flavours of lime, lemon, pear, apple, and subtle amounts of spice and mineral-like qualities are all usually presented when tasted, alongside high amounts of acidity.

For those looking to discover more on the growth and stylistic tendencies of Australian riesling, this article provides further insights on the matter.

The Eden Valley region, which shares a border with the arguably more well known Barossa Valley region, is where many drinkers state the best Australian rieslings come from.

Following closely to those made in the Clare Valley, bottles of Eden Valley riesling are notably dry in their style and typically very age-worthy examples of wine. 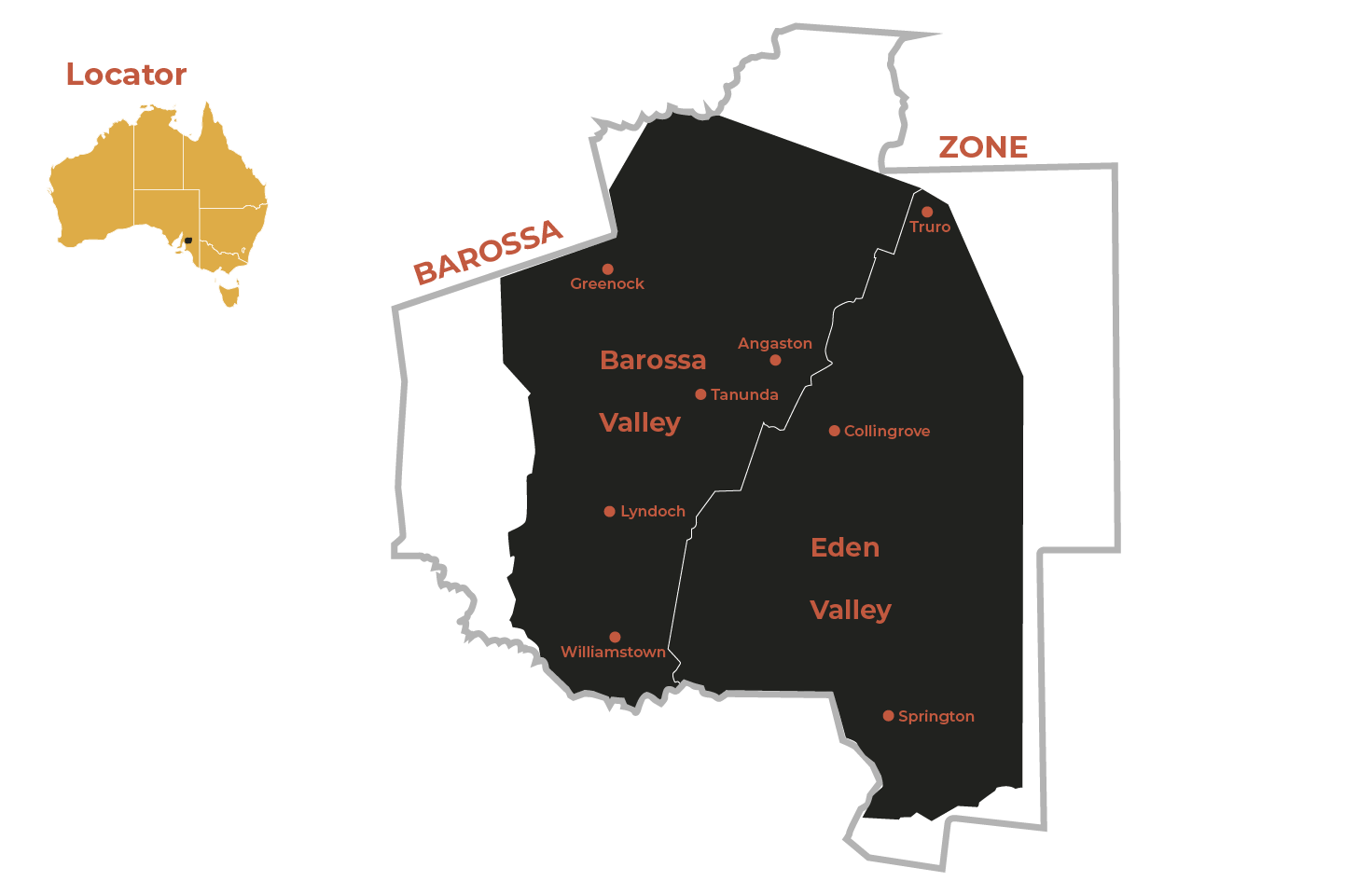 Many of the wineries located in the Eden Valley region exist at somewhat higher altitudes, ranging from as low as 220 metres to as high 620 metres above sea level.

Due to the elevated position of the vineyards in this area, the grapes ripen far more slowly and more evenly, allowing for the production of wines with generous amounts of fresh acidity and intense fruit flavours and aromas.

Bottles of Eden Valley riesling will almost always be dry and light to sometimes medium bodied in their style, with acidity being quite high.

Flavourwise, the rieslings produced there are often known for presenting with a slightly more floral aroma and taste than those found in the Clare Valley, with the distinct taste of fresh lime shining through alongside honey and marmalade in the well-aged versions.

To find out about the Eden Valley wine-producing region make sure to visit this site, where you can discover more about some of the important facts about this region.

Some of the most age-worthy examples of Australian riesling originate in the Clare Valley region, which is located a short drive North from the major South Australian city of Adelaide.

The region’s vineyards are famous for existing at relatively higher altitudes than those found in many other wine-producing regions of Australia, sitting around the 400-500 metres above sea level mark. 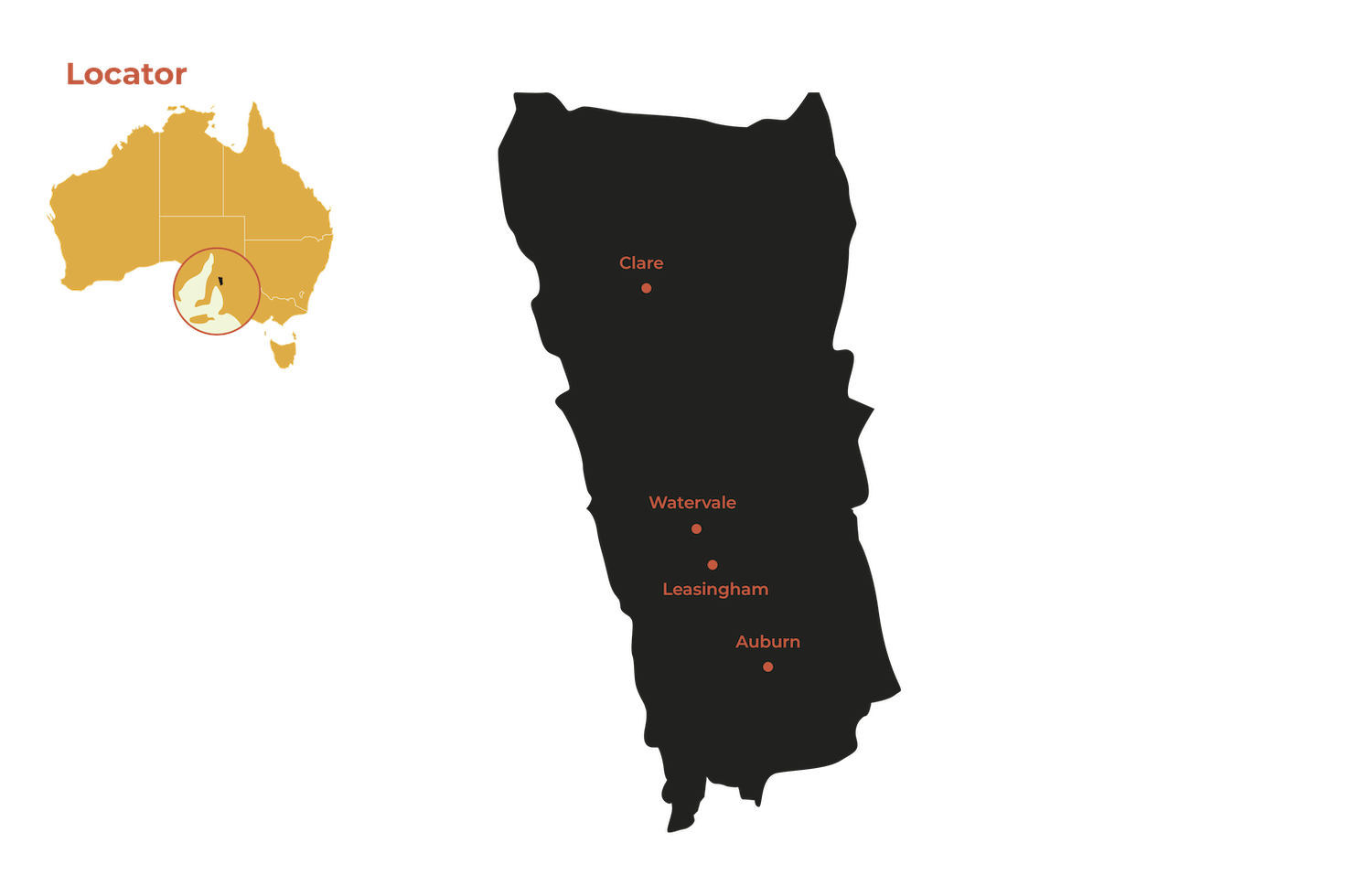 Due to the elevated position of the wineries situated in the Clare Valley, the grapes cultivated there are able to retain naturally higher levels of acidity due to the fact that they can ripen more slowly and at a more even pace.

This guarantees the successful production of excellent dry style rieslings with generous amounts of acidity and intense fruit flavours and aromas.

One can expect to find intense citrus and apple flavours presiding in a light to sometimes medium bodied style of wine that possesses ample amounts of crisp and refreshing acidity.

For more on the wines from this particular region, be sure to check out this site, where you can review some of the best producers and their bottles.

As bottles of riesling can sit anywhere along the dry to sweet wine spectrum, there are a range of food pairing options to consider when choosing to match these wines with your favourite dish. 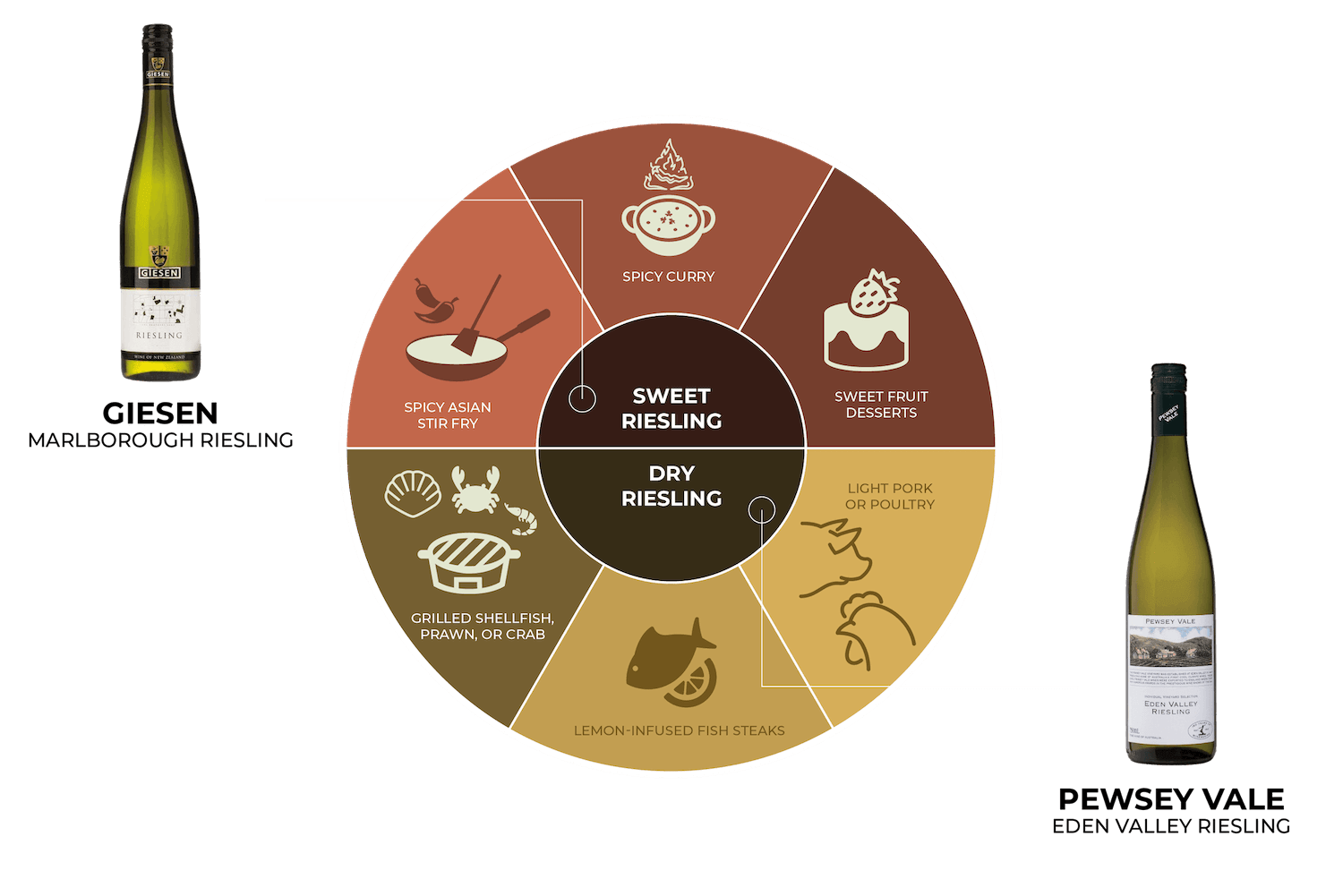 Sweet rieslings, particularly those coming from Germany, are often best served alongside meals that contain hot spices, such as spicy Asian stir-fry or hot Indian curry.

Outside of this, they can also be served alongside sweet fruit-based desserts, as the flavours present in both the dish and the glass work very well together.

Dry rieslings, on the other hand, are well matched with seafood dishes, particularly those in a citrus-based dressing.

There's a bottle of riesling out there for everyone. Here are some of the brands and bottles that we recommend you look out for the next time you're browsing online or in-store.

A rather sweet white wine with flavours of candied lemon & subtle honey, it would be paired best with spicy seafood or stir-fry dishes. 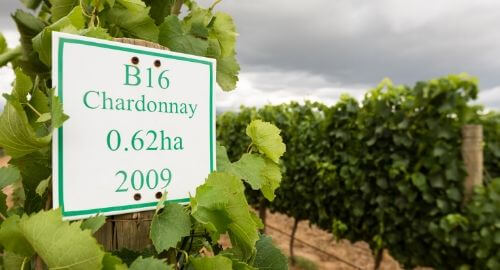 Building on from our comprehensive guide to chardonnay, this article answers one of our most frequently asked questions: what are oaked and unoaked chardonnays? 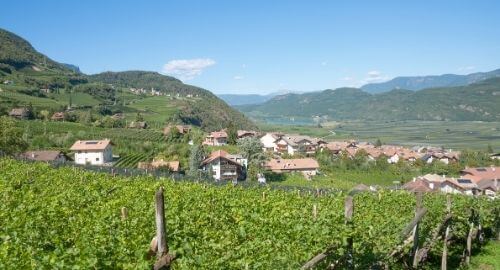 The Illustrated Beginners Guide to Gewurztraminer

Learn how to pick the right bottle of Gewurztraminer wine for you and your tastes when browsing online or in-store in our beginners guide to the style with graphics. 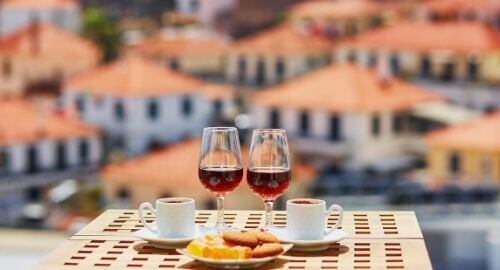 What Are Sweet Wines & How Do I Find Them?